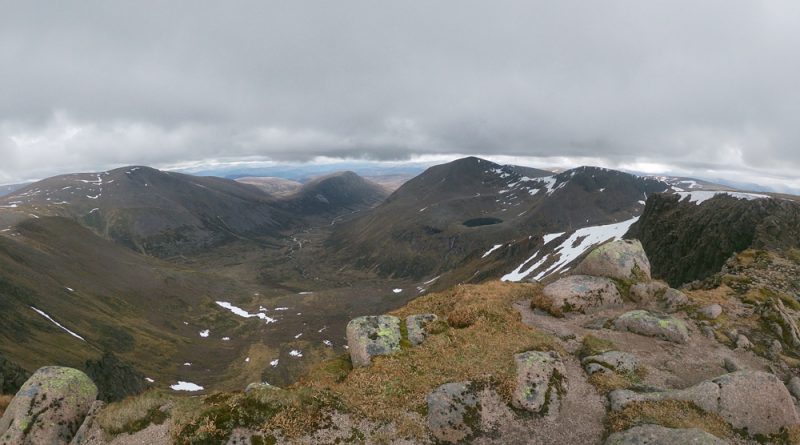 We’re well into 2020 now but I’ve been trying to look back over some of my photos from last year. It’s always a great way to remember adventures, stories, challenges and successes – as well as just how much I seem to cram into 12 months!

These 14 photos are pretty much in chronological order, starting with a snapshot taken on the way back to Kintail after a long hike over A’ Ghlas-bheinn and out to the Falls of Glomach. We had been under cloudy skies for much of the day but as we returned in the early evening, the sunlight caught the slopes of the hillside and lit up the fiery colours in Gleann Choinneachain beautifully.

Next up is a shot taken from the Corbett of Craig Rainich, looking over Loch Nid to the Fisherfield mountains. It’s hard to capture the sheer scale of those slabs with their thin veil of vegetation in places that plunge hundreds of metres down the hillside to the glen below.

A very rare trip overseas for me! I was offered the opportunity to take part in the Prague Half Marathon in April and enjoyed a whistlestop tour of the city, spending around 36 hours there – including two short nights – before returning to Inverness with my medal and some fantastic memories! 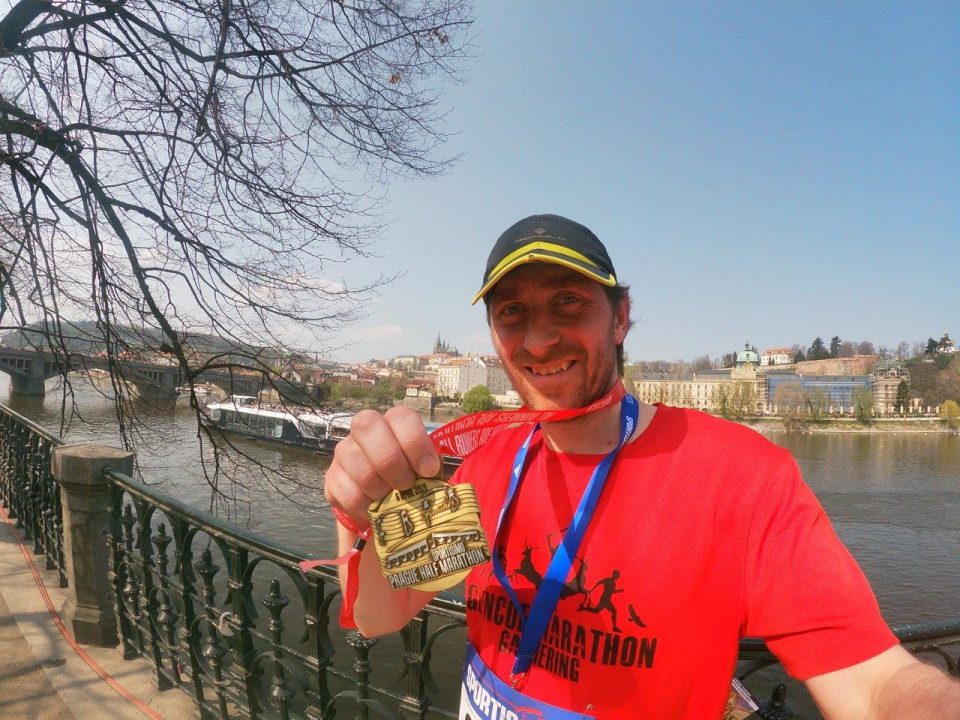 This web-like picture was taken at the excellent Wyvis Natural Play Park at Silverbridge near Garve. The park was developed in a community-led venture and we enjoyed a great walk on forestry trails to arrive at the rural site, where the children had plenty of energy left to burn! 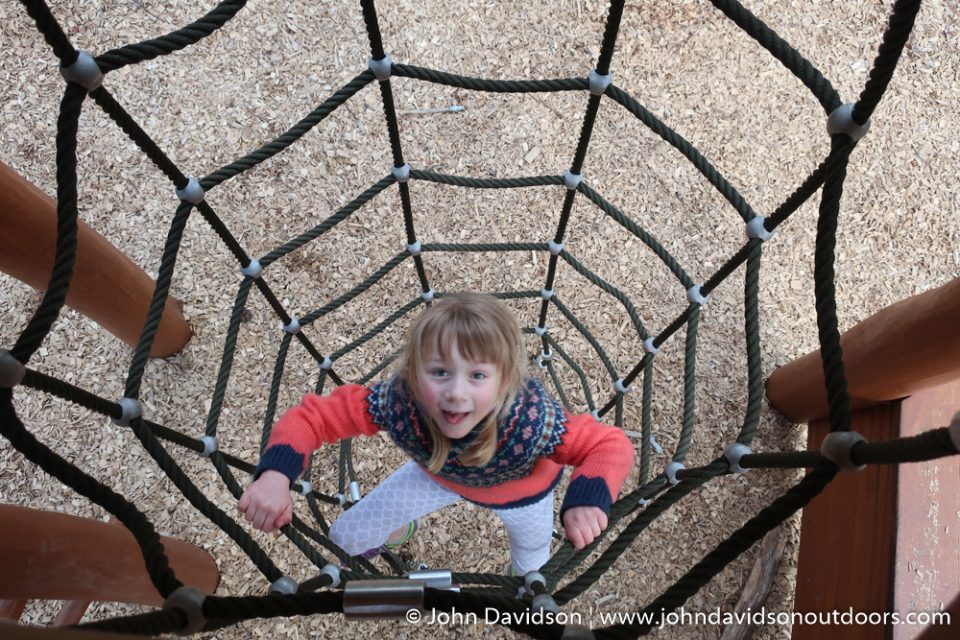 Not much to see in this one, but the trip was one of the highlights of my year – a solo two-day backpacking trip through the Cairngorms, taking in eight Munro summits including all the 4000ft mountains in the area. I only got a view from the last one, Braeriach (see featured photo, top) but this shot is taken at the top of Cairn Toul, which was my 100th Munro – not that I’m counting!

The Inverness Ramblers were kind enough to give me the opportunity to lead a few walks for them in 2019 as I prepared for my Mountain Leader assessment. These next three pictures are from a walk I led in Glen Affric up Toll Creagach and Tom a’ Choinich.

On the descent from Tom a’ Choinich.

The group at the summit of Tom a’ Choinich.

On the old path to the Bealach Toll Easa.

Another solo backpacking trip here, this time taking in just the three Munros! This is my wild camp site below the west ridge of Sgurr Choinnich – and it turned out to be really wild, with howling wind and driving rain overnight. After not much sleep, I headed up the ridge in rough conditions before continuing to Sgurr a’ Chaorachain and Maoile Lundaidh.

This one is from my Mountain Leader assessment course, on the rope work day. We are on the Fiacaill ridge above Coire an t-Sneachda, lowering people down outcrops before abseiling using the rope only. The weather deteriorated later in the week!

Sometimes the mountains give you days like this! I joined Ian Stewart on his Torridon Explorer trail running weekend for a day’s run through these wonderful hills. There are trails everywhere in this part of the world but this run through Coire Lair was a real highlight, especially in these conditions.

The South Loch Ness Trail was finally completed at its southern end to reach Fort Augustus, so I managed to find a day to get down there and explore it. I ran from Fort Augustus, up the Suidhe hill to Foyers on the trail before cycling back to Fort Augustus on the road. A tough day but well worth the effort.

In the October holidays we took the kids to Braemar youth hostel for a long weekend. Our adventures included a couple of fairly short bike rides (Meg was running with the buggy, of course!) to bothies, including this one, Bob Scott’s near Derry Lodge. It’s one of the neatest bothies I’ve used, but the girls weren’t impressed by the slightly damaged chairs and the dirty floor – Matthew, who is only just two, was quite happy, though; he grabbed the brush and started sweeping. Looks like I might be able to have some more bothy adventures with at least one of my children in future! 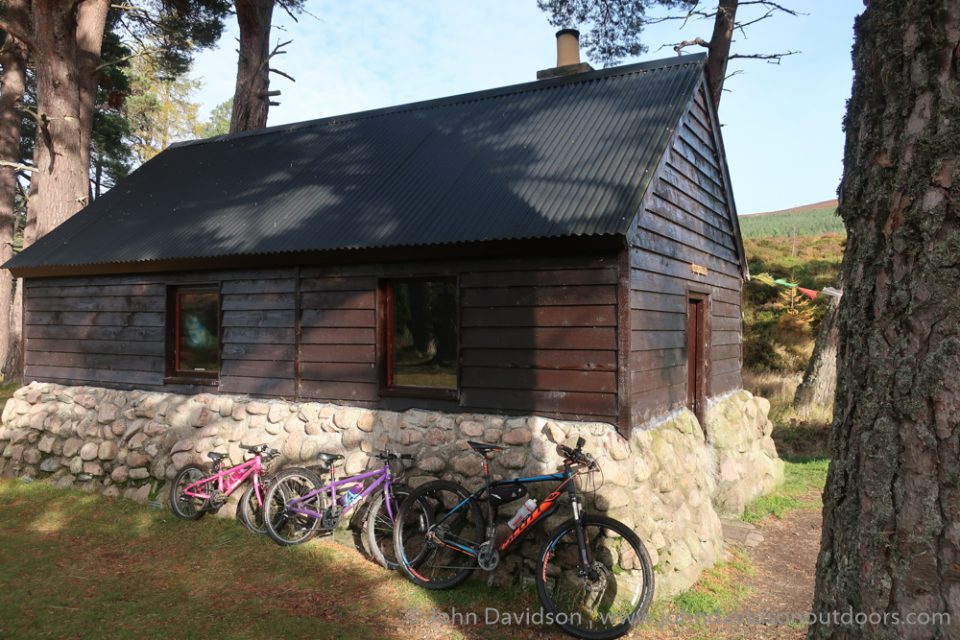 A hint of winter in the hills and Peter and I climbed Beinn Eighe – or at least Ruadh-stac Mor. We did the classic circuit of the two Munros, but decided to head down rather than bagging the second summit as we were knackered and had both already climbed it previously! Not the usual spirit but it was a hard day – but one with beautiful views such as this.