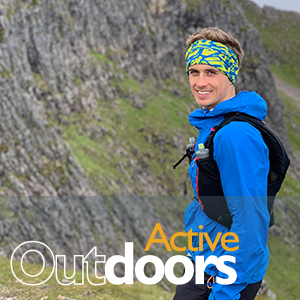 In this new episode of the Active Outdoors podcast, John Davidson speaks to Scottish author Ross Brannigan after the official launch of his book, Running Adventures Scotland, which is published by Vertebrate Publishing.

Ross talks about his passion for the hills and for Scotland, how to make the step up to running in the mountains and how he hopes his suggested routes act as a springboard for readers to explore more of the country for themselves.