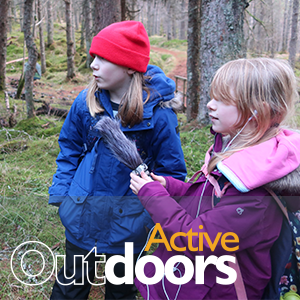 River City star and Bafta-winning actor Iain Robertson shares his passion for the outdoors in conversation with John Davidson in the latest episode of the Active Outdoors podcast.

Robertson reckons walking has not only helped his mental health, but deepened his friendships with his walking companions – as well as making him fitter. His latest series of Iain Robertson Rambles has begun on the BBC Scotland channel, with Iain walking the Southern Upland Way, and his programmes on the Speyside Way will be shown later in January.

Meanwhile, John takes his children out for a woodland walk in Rosehall Forest in Sutherland and enjoys the trails and child-friendly activities on offer there.