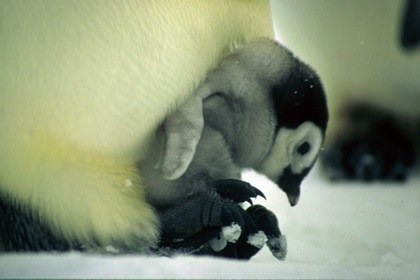 Gavin Francis spent more than a year working as the base camp doctor at the Halley Research Station in Antarctica, cut off from the rest of the world – including his girlfriend – and spending three months in darkness during the winter. With the sea frozen, it is said to be easier to evacuate somebody from the International Space Station than it is to get them home from Halley in winter.

While he was there, Gavin wrote his award-winning book, Empire Antarctica: Ice, Silence and Emperor Penguins. It brings together beautifully his longing for emptiness, a fascination with the continent and his interest in the only creatures which can survive in temperatures that slump to around -50C.

I will be speaking to Gavin about his experience in Antarctica during this year’s Inverness Book Festival, which is supported by The Inverness Courier. The event takes place on Wednesday 20th August at 6.30pm in Eden Court’s OneTouch Theatre.

For more information on the event and to buy tickets, visit the book festival website here.

Empire Antarctica By Gavin Francis from Creative Scotland on Vimeo.

* Photos courtesy of Gavin Francis and subject to copyright. See www.gavinfrancis.com for details and contact information.