The Heartbeat Challenge is a duathlon made up of a 12-mile run over the Monadhliath hills between Clava outside Inverness and Moy, followed by a 10-mile cycle back along the road to Clava. 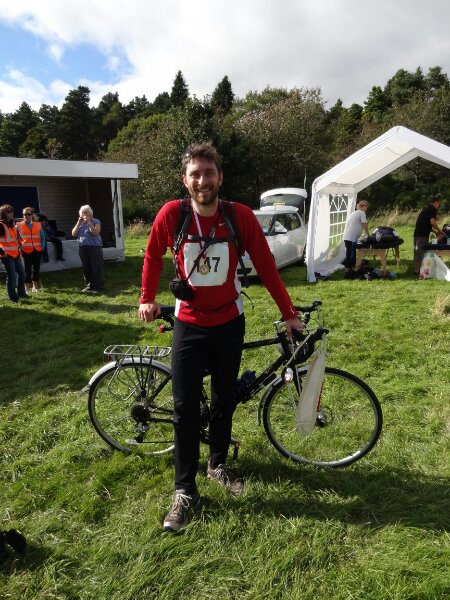 Today I finished the challenge in a few seconds over three hours, pretty much what I predicted as far as time goes – but what a route this is! It begins by heading under the magnificent Culloden Viaduct in the running section, then heads steeply uphill.

The uphill last pretty much for the first six miles! In some parts it’s so steep that there’s no choice but to walk and even when I was running it was sometimes more of a shuffle than a run. The weather was hot and sunny – which gave magnificent views over the Moray Firth if you could drag your eyes off where your feet were landing on the rough tracks.

From the top, the track continues for a mile or two before hitting grouse moor that must be crossed – and it’s boggy down there. Then there’s rough heather to cross before finally reaching tracks on the Moy Estate.

By the time I got there my ability to run was limited! I was happy to reach transition and get on the bike. Inspired by the Tour de France, I went for it, using the few hills to gain some ground and pass a good few competitors, crossing the line in just over three hours.

You can still sponsor me for the event at http://www.charitygiving.co.uk/johndavidson – you’ll be raising money for Raigmore’s cardiology unit.