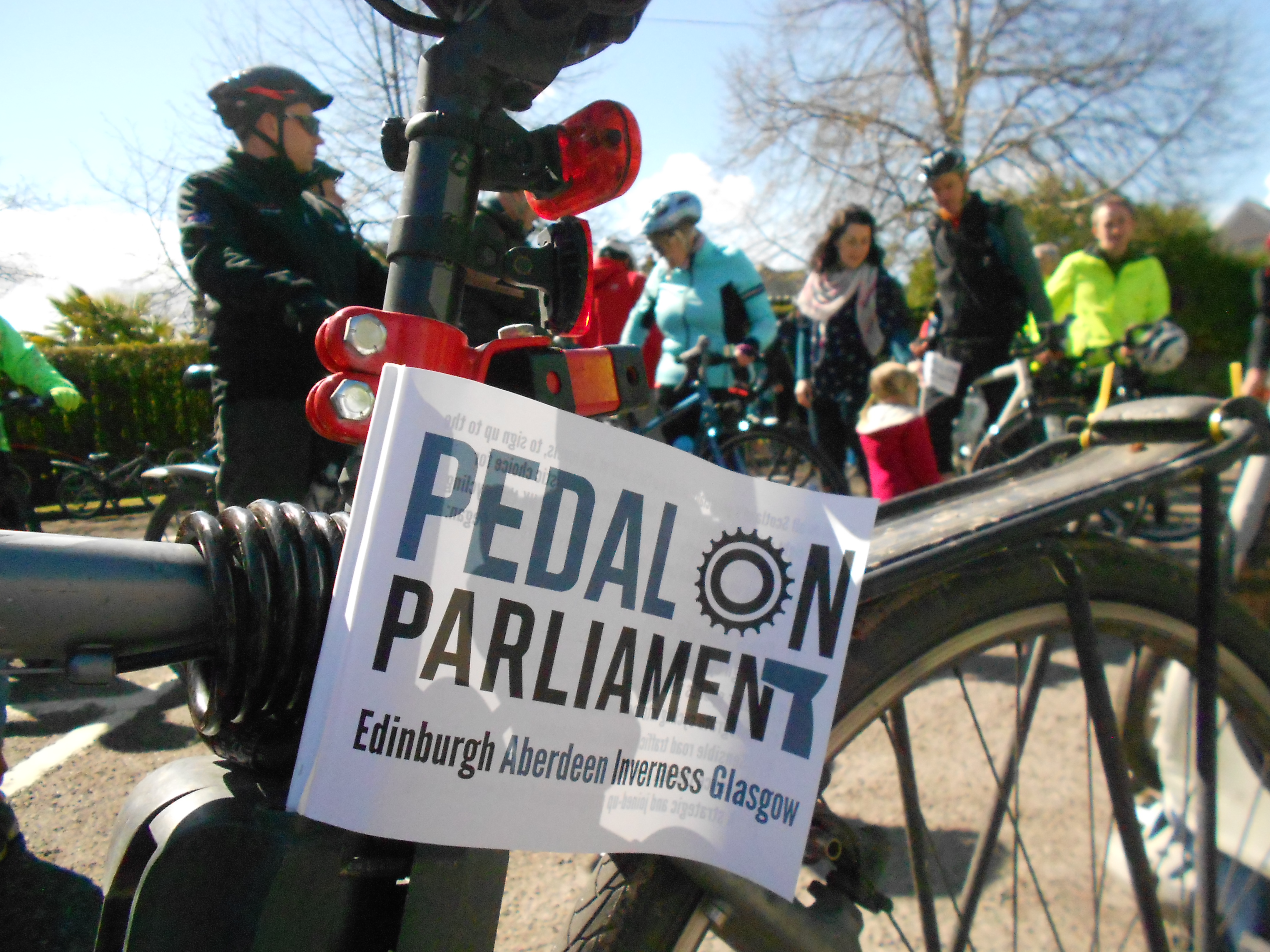 The second annual Pedal On Parliament Inverness ride saw more than 100 people cycle through the city calling for safer streets and more investment in active travel.

Families and friends joined forces to ask the Scottish Government and Highland Council to do more to invest in ways to make it easier for people of all ages to get around the city.

The cyclists, who followed a short route from Bellfield Park to the Ness Bridge and back down the river to pass the cathedral and finish at the Highland Council headquarters on Glenurquhart Road, were backed by politicians from the SNP, Greens and Lib Dems.

Drew Hendry, MP for Inverness, Nairn, Badenoch and Strathspey, told the crowd that the bicycle has the potential to improve health, the economy and our communities.

He said: “It is important that we put people and places before motorised vehicles.

“That doesn’t mean that we argue about the need for them, especially in places like here in the Highlands, but it means we need to make sure we’re designing places for people, and that means putting more people on bikes.

“There is a great responsibility on the council to actually put cycling and the access to cycling at the heart of what they are doing. It’s really important that we not only put the focus on national politicians like John [Finnie] and myself but also on local politicians to make sure that this is something they are thinking about on a daily basis.”

John Finnie, the Greens transport spokesman, said he wanted to see more money go into cycle training for children and adults, as well as investment in infrastructure.

Talking about the new cycle lane near the war memorial in Inverness, he said: “I was delighted to see the low separation at Cavell Gardens because the separation between cycling and motor traffic is very important. People do feel much safer with separation, and the other thing they feel safer with is lower speed of motor vehicles.

“We don’t want cycling to be for the suburbs, to be a “middle-class” pursuit; everybody should have access to the training. It’s not just for young people, it’s for older people, too, because I certainly good do with losing weight and cycling will help with that!

“We’re pushing at an open door. A lot of folk understand the health benefits, it isn’t a party political issue. Thanks for turning out – I think it’s sending a clear signal of the importance of cycling and you enjoy my continued support.”

Lib Dem Highland councillor Gordon Adams said that resources were a problem at the council but he wanted to see more done for cycling.

“Highland Council has been promoting safer routes to schools along with Velocity and Sustrans and there’s also a very impressive Cycle to Health campaign in the city.

“There have been many cycle paths built over the years and there’s a new one going in as part of the City-Region Deal along Millburn Road – but there are many others needed. A particular priority of mine is the stretch of road between Munlochy and Avoch [on the Black Isle] but of course there are many other priorities.”

Organiser Mark Falconer was delighted with the turnout, which was similar to the inaugural POP Inverness ride in 2017.

He said: “There’s a lot of good work being done by a lot of organisations but we can’t stop. There is a change coming – we can make this work and you’ve proven that today.”

Mr Hendry added: “The active travel budget has been doubled from £40 million to £80 million but we could do a lot more to create a safer and friendlier environment by doing more with segregated travel if we can get away from the policies of austerity that have held back the investment in our communities not only in Scotland but across the UK.”

The #POPInverness event is part of the national Pedal On Parliament Scotland movement, which has a manifesto calling for: