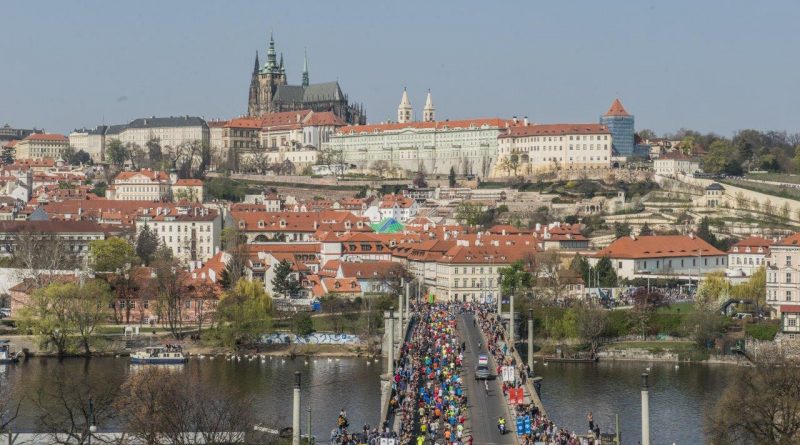 Thirty-two hours is not a lot of time to take in 11 centuries of history and culture in one of the most beautiful cities in the world – especially when you have to factor a half marathon and a couple of hours sleep into the equation.

The Sportismo Prague Half Marathon follows a route near to the Vltava River that flows through the heart of this Unesco World Heritage Site city, crossing the water on no fewer than six occasions on five different bridges.

It was the first time I’d done an overseas event like this; I prefer my feet on terra firma so to take four flights in less than 48 hours was a bit of a challenge for a start!

I arrived at the airport in Prague just before 10pm, with the race due to start in 12 hours’ time. Thanks to the race organisers I was met at the airport and taken to my hotel, the plush Hilton Prague which doubles at the press centre and race hospitality in the build-up to the race.

Still, the atmosphere among the 11,500 runners and many more spectators in the Czech capital meant I was soon swept up in it all, running through the Old Town at a comfortable but decent pace.

Soon I found myself comparing the sweltering heat (OK, 16 degrees Celsius but in direct sunlight) to the 3C at the recent Inverness Half. I stopped at every water station, gulping down H2O and Gatorade like there was no tomorrow.

The course was spectacular for its surroundings rather than its route, with out-and-back stretches on wide roads providing a chance to see the elite athletes in a race where the winner – Benard Kimeli from Kenya – broke the hour mark, with the women’s winner Caroline Kipkirui just six minutes behind.

Official highlights of the Prague Half Marathon 2019

John’s video from the run

We ran through parts of the historic Old Town in Prague, over cobbles, past the famous Charles Bridge, past remarkable architecture old and new – including the unusual Dancing House, built in 1996 and inspired by Fred Astaire and his partner Ginger Rogers.

Prague struck me as a city proud of its heritage but willing to show off its modern side too.

The half marathon was superbly organised and, with an IAAF gold standard, clearly aiming to attract the best in the world, as well as the club runners and fun runners further down the field.

What an experience! There was so much to take in, and in such a short time. Setting the alarm for 3.30am for the flight home wasn’t the ideal finish to the weekend and it felt somewhat surreal to be cycling into work again the next day in Inverness, wondering if I had really just spent the weekend in Prague.

The largest medal I’ve ever earned suggests it can’t have all been a dream!