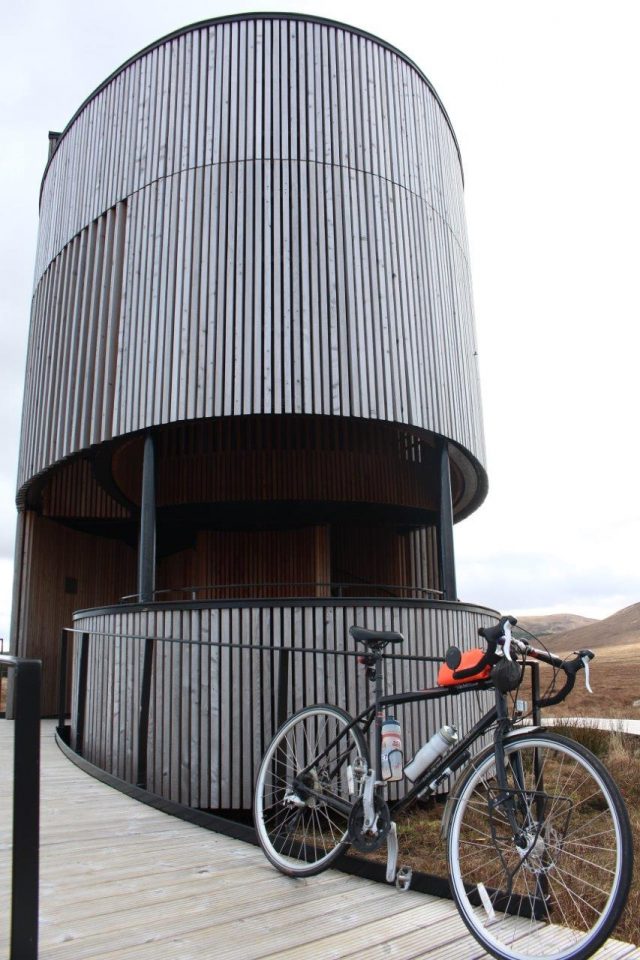 The unique landscape of the Flow Country is at the heart of this tour of the far north, which begins at the RSPB visitor centre at Forsinard. A short excursion to the viewing tower is the ideal start to get a look at the lochans and bogs that make up this fascinating terrain.

The roads that cut through the peat are narrow, winding single-track routes that carry little traffic – bar the odd timber lorry – making them perfect territory for exploring by bike.

The only drawback is, I must confess, they can be rather exposed to the wind and rain, but that is to be expected up here.

After a short plod to the viewing tower – reached by a mile-long boardwalk from a spot just south of the railway station – to take in the view to the hills of Ben Griam Beg and Ben Griam Mor, I was heading south on the A897, passing the scenic Loch an Ruathair as the road parallels the railway line to Kinbrace. 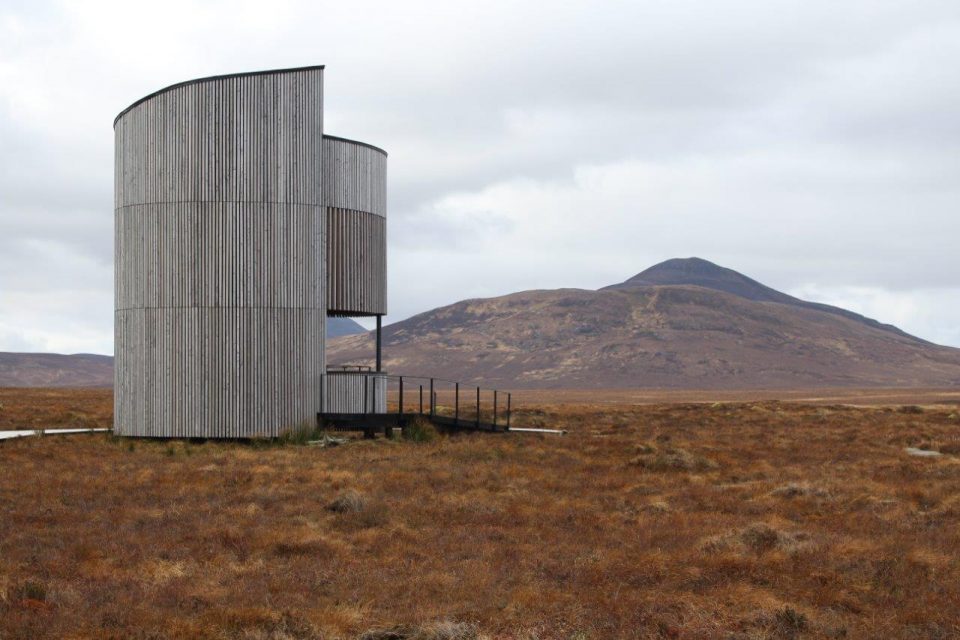 Turn right at the junction here to drop down and cross the railway, heading out across the exposed moors on the B871.

After Badanloch Lodge, there is little more than a few ruined farmhouses along this barren but beautiful stretch that leads you into Mackay country.

Now the road drops past the Clearance village of Rosal to a T-junction at Syre. Rosal is one of a series of stops on the Strathnaver Trail, which brings the vivid history of the area to life.

Going right at Syre towards Bettyhill you pass cairns, brochs and monuments from days gone by, and it’s also a wonderful road for cycling as it follows the River Naver on its way to the sea at Torrisdale Bay.

Joining the A836, go right to enter the outskirts of the village and cross the river before climbing to the centre of Bettyhill, where there’s a shop – open eight days a week, according to the sign partway up the hill – and hotel as well as picnic tables and toilets. 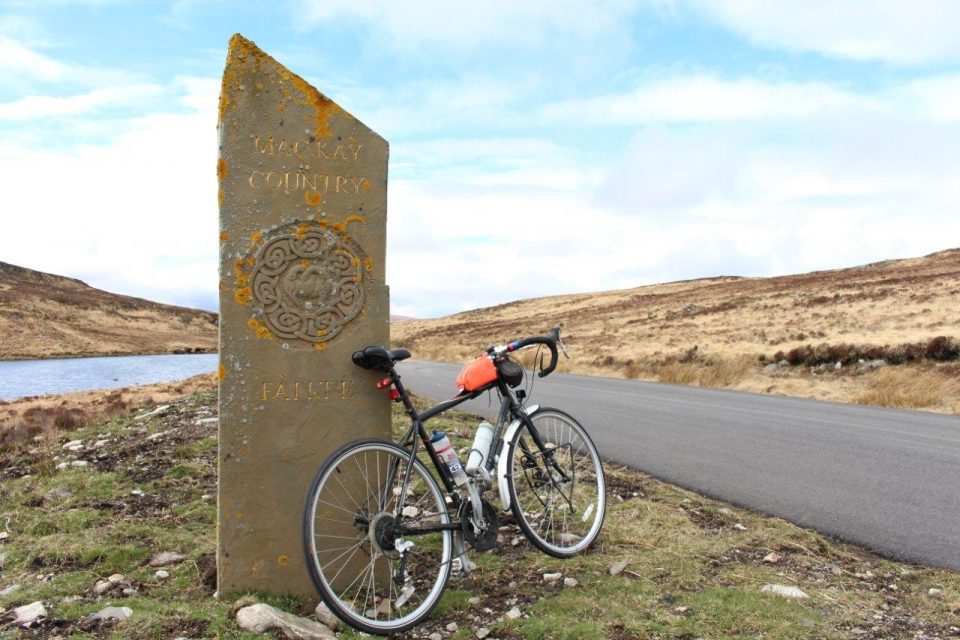 I was now back on the North Coast 500 route I had cycled last September, each ascent and descent bringing back memories of a fabulous six days on the bike in great company.

As you drop downhill from the village, there’s a café at the tourist information centre and, just behind it, the Strathnaver Museum in the old church, full of fascinating exhibits and offering a friendly welcome.

East of Bettyhill, the north coast road still has a few hills to tackle as well as some good long descents.

This was a lengthy enough outing in itself, but I’d planned to include the out-and-back detour to the lighthouse at Strathy Point, on a promontory that juts out into the wild waters of the North Atlantic.

Near the start of a long descent, the point is signposted left just before an inn. As I turned left, the weather was starting to deteriorate and I wondered if I would see much from the lighthouse, but as I reached the end of the public road after about three miles, it started to clear nicely. 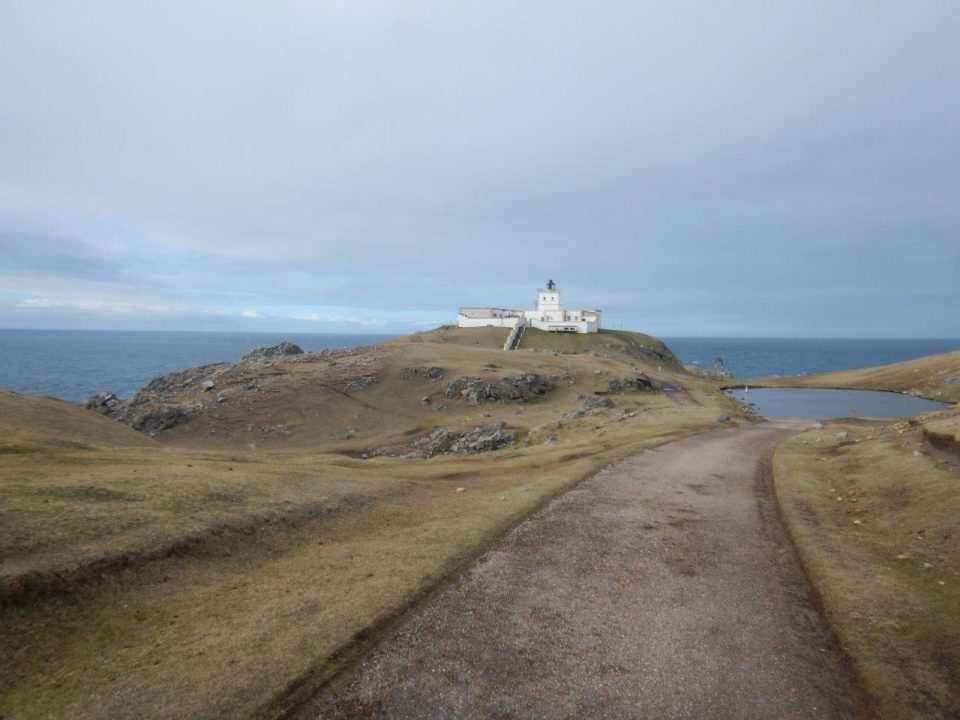 There’s a car park at the turning point but it’s possible to cycle through the gate beyond here right up to the lighthouse, from where you can walk around the back – with care near the edge of the cliffs.

After feeling as though I had stood out in the middle of the North Atlantic, I returned to the main road and continued the descent through Strathy and cycled onwards to Melvich.

On the approach to the village you can see across the firth to Orkney and the huge cliffs of Hoy. I’d camped here on my final night of riding Land’s End to John O’Groats in 2015, so more memories came flooding back.

This time, however, I would be heading south down Strath Halladale rather than continuing east to John O’Groats and Duncansby Head.

After crossing the river at the bottom of a long drop I took the first right back onto the A897 Helmsdale road. It’s a return to single-track bliss now as the road meanders through the strath along the length of the river, eventually returning to the station at Forsinard.