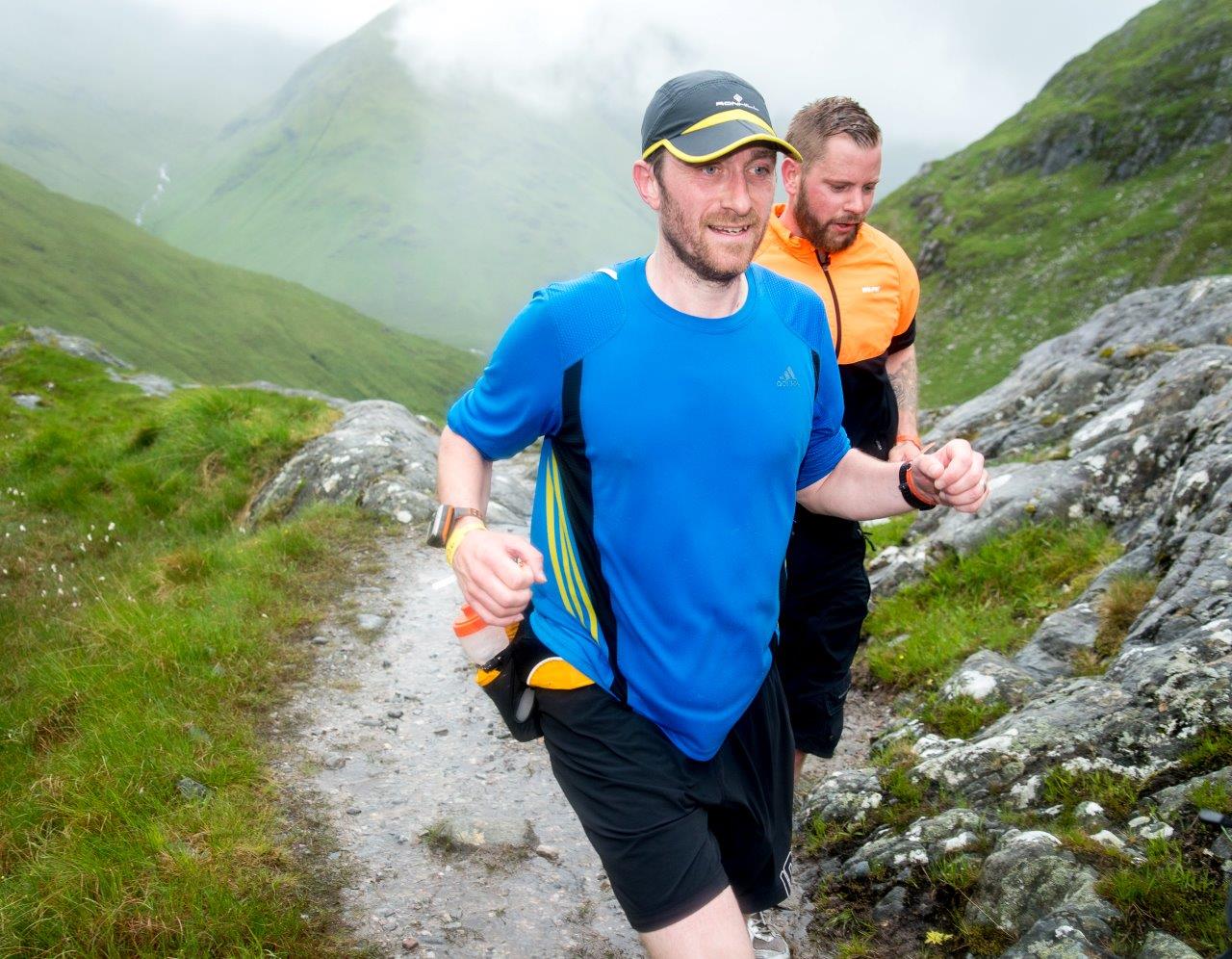 No matter how many times you’ve done the Highland Cross, it never seems to get any easier. Conditions were favourable this year, with a strong westerly blowing us through the hills – as well as keeping the midges at bay – while the sunshine in the east hid the dreary drizzle that met participants at Morvich in the morning.

Somehow I felt more nervous this year than any of my previous three attempts at the Cross, which cuts a 50-mile route from the west coast at Kintail to the east at Beauly.

The 20-mile foot section was wet, particularly in the early stages, so it was wise to take it easy on some of the slippery rocks, though it remained a mystery to many of us why people were trying to avoid running through the puddles after a while.

There were no dry feet among the nearly 800 people taking part in the 35th running of the annual event, as the course blasts through burns and rivers, along rough, stony tracks and muddy mountain paths.

I took the first few miles to the base of the climb easier than usual and got stuck in the queue of people walking the bulk of the hill, though for the most part I was happy to sit behind and bide my time before reaching the waterfall section.

Up and up we went, already soaked to the skin after taking my jacket off within the first mile due to the warm, humid conditions. Approaching the top I was pleased to get running again, albeit slowly, and enjoy the undulating hill path, taking care on those rocks.
I saw one runner in front almost slip completely over crossing a burn, so I stopped and walked across it before continuing the other side.

Soon the red roof of Camban bothy comes into sight and it’s largely downhill from here to the youth hostel, which marks the halfway point of the run. It was only a few weeks ago I was staying here during the long dry spell, but the worries over its water supply would clearly be long forgotten by now.

Crossing the river just before the hostel (the nearby bridge is always ignored during the Cross) was cold and refreshing on a day like this, and we weren’t going to get any wetter, regardless!

The second half of the run is always a tough proposition, so I split the rest of the route up in my mind, first taking a slow jog to the bridge at Athnamulloch four miles ahead. The next section along the Yellow Brick Road is one I’ve always ended up walking too much of, so I resolved to keep running, however slowly, as much as I could.

It seemed to work, as I shuffled my way along those painful last few miles to the road-end in Glen Affric. “How far to the bikes?” one first-timer asked as I overtook him. It was only two-and-a-half miles, but that can seem like a huge distance at this stage.

I can’t quote what the relieved Irish lady said to me as we caught our first sight of the transition area – but it’s fair to say she was thankful to see it!

I was pleased, too, that I’d had the foresight to pack a full change of cycling kit in my changeover bag. Never has pulling on dry socks felt so good!

Once I’d got myself sorted, I headed out on the bike for the final 30 miles or so to Beauly. As far as bike rides go, the Cross route is not particularly punishing, with only a few hills, but nothing is easy after a 20-mile run through the Highlands.

It took me a while to get used to the change of mode but I was soon hit by the adrenaline rush of descending the Fasnakyle brae which twists and turns to meet the road to Cannich.

It was dry and warm now and the regular crowds were out cheering us all on as we battled our way up Strathglass through Struy and on towards Aigas.

Once over the hill here – the biggest on the cycle section – you’re almost there, and I picked up the pace knowing I was within touching distance of the finish.

On the way down the other side I pushed into top gear and went for it, powering up the smaller hill at Kilmorack then keeping it going to the Lovat Bridge junction.

The police had the traffic stopped here in both directions, so I had a fantastic clear run for the last mile to the finish in the centre of Beauly.

Despite my nerves before the start, I had managed to cross the finish line within a minute of my best time, completing the 2017 event in 5 hours, 23 minutes and 1 second.

There’s more than just the physical and mental challenge of completing the Highland Cross on the day. It’s all about raising funds for good causes across the north of Scotland.

This year I was part of team Parents On The Run and as part of our fundraising drive we held a mini orienteering day the weekend before the Cross. Thanks to everybody who came along and helped us raise around £190 on the day.

We also held a raffle with prizes including whisky, football tickets and a newspaper subscription. Thanks to everybody who entered. The raffle raised almost £400 towards our team total and the winners can be seen on my personal website at www.BL6.co.uk

Donations can still be made to our team at www.justgiving.com/Cross2017