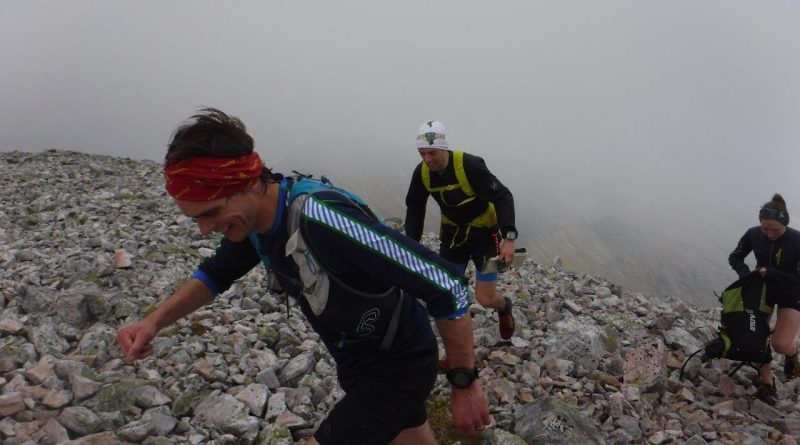 It’s reached that time of year when our evening runs in the woods around Inverness require the use of a headtorch. Outside of our circle, most people think we are doing something extreme, pushing the boundaries and living well outside what they would consider any sort of comfort zone.

But when I meet Jonny Muir, a former Highland journalist now teaching English to teenagers in Edinburgh, my weekly jaunts pale into insignificance.

This is a man who last year completed one of the toughest running challenges in Scotland. Forget marathons, ultra-marathons and adventure races; Ramsay’s Round is hill running in perhaps its purest sense.

The challenge is to complete a circuit comprising 24 mountains (23 of them Munros) within a 24-hour limit, starting and finishing at Glen Nevis Youth Hostel at the base of the country’s highest mountain and involving almost the height of Everest in combined ascent.

With no time for sleep on this punishing round, running through the night with a headtorch is all part of the feat of endurance and mental strength – as well as physical prowess – needed to become a “Ramsayist”.

As of this week, only 132 people have ever completed the round, which was envisaged in 1978 – the latest being on Sunday. Jonny, who did his round last May, was the 101st.

When I meet him above Clava on the outskirts of Inverness, it is a fine morning for a run. We head out, straight up the track that ramps its way up to Beinn Bhiudhe Mhor.

Jonny’s passion for the hills is evident as he glances round at one point during the climb and utters an instinctive word: “Wow.”

We’ve climbed high enough now that the world has got bigger below our feet; from the high mountains in the west, over the Beauly Firth with Ben Wyvis dominating the backdrop, across the Moray Firth and east as far as the eye can see.

The view never disappoints from up here – but you really have to earn it. The route climbs 400m in just three-and-a-bit miles and I’m gasping early on as Jonny chats away, apparently unaffected by the gradient.

“It’s more of a track than a real hill run,” he observes, recalling previous runs here going back a few years when he used to train with the Highland Hill Runners during his time in Inverness.

It’s certainly hilly but in a sense he’s right – this is not what “real” hill running is all about in Scotland. Hill running is off the beaten track, navigating through the mountains at speed, being one with the landscape. It’s that which attracts Jonny to the hills and to a sport that is still seen – and in a sense still sees itself – as outside of the mainstream.

It’s a topic Jonny explores in his book, The Mountains are Calling, which is ostensibly about his Ramsay’s Round but is, in reality, more an exploration of hill running and hill runners.

Chatting on our run, he compares Ramsay’s Round to its more famous counterpart in the Lake District, the Bob Graham Round.

“The Bob Graham has been done in 13 hours,” he tells me. “When you know another human being has done something in 13 hours, it’s not that unreasonable to think you could do it in 24.

“But the Ramsay is different – it’s much harder and more remote.

“A higher percentage of people are probably successful at Ramsay’s Round and that’s probably because you have to be prepared to even take the challenge on.

“There’s no escape from it once you’re under way. If you twist an ankle in the Mamores or on the Aonachs, you’re in a serious situation.”

His book recounts the tales of others’ successes and failures, their preparation, their struggles, their motivation. You feel like you are up the in the mountains with them, until suddenly they are back in the bustling world of Glen Nevis – in Jonny’s case, finishing by descending the Ben by the “tourist track”.

“You finish coming down off Ben Nevis and there’s all these people coming up,” he says. “You’ve been on your feet for over 20 hours and you’ve got to avoid the crowds and get to the bottom.”

Unlike the craze of adventure racing and ultra-marathons, there is no fanfare at the end of Ramsay’s Round. It’s a personal challenge, done for very personal reasons, some of which are very hard to define.

For Jonny, a father of two young daughters, it’s about “showing people what’s out here, the beauty of the hills”.

“I took a class up into Pentlands and they can look down and see their house or other landmarks, so it’s a real inspiration to them. Hill running is another way into that and gives people a wider perspective on life.

“I love the way the landscape and the colours change through the seasons – the bracken starting to shoot up in the spring, then it’s fully grown in the summer and then dwindling and starting to turn brown in the autumn. In winter it’s completely transformed and it’s like another world.”

The seasons may be changing but for Jonny, as well as for many others, the call of the mountains is something that never goes away, and never stops inspiring.

* The Mountains are Calling by Jonny Muir is published by Sandstone Press, Dingwall. www.sandstonepress.com