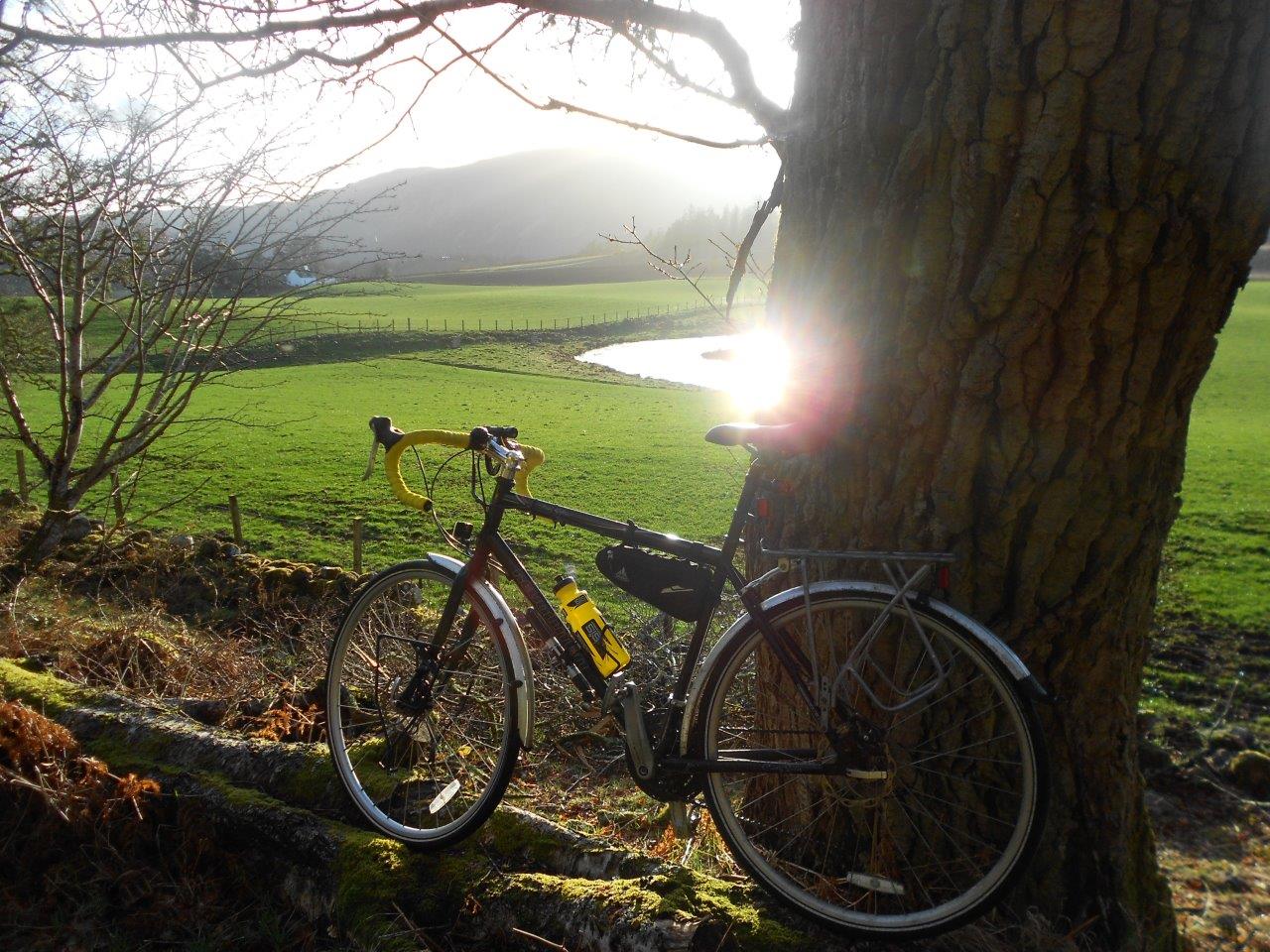 Thousands of people will descend on the Highlands this weekend as the Etape Loch Ness takes place early on Sunday morning.

The closed-road cycling event has proven hugely popular since it began in 2014 and people travel from across the world to take part.

That’s what comes of living close to one of the most famous stretches of water there is!

However, this is the first year I won’t be saddling up to pedal around the shore of the loch, despite it starting and finishing on my doorstep – not literally – in Inverness.

I found last year’s event a little bit too busy for my liking, so I thought I would share some of the other cycling possibilities the Loch Ness area has to offer – and there are plenty.

While I largely steer clear of the north side of the loch and the busy A82, the south side is another story. From the outskirts of Inverness to the village of Fort Augustus, the area is crisscrossed by quiet roads and off-road tracks that provide miles of excellent riding.

For official routes you can follow the start of the Caledonia Way – national cycle route 78 – that starts at Inverness Castle and ultimately leads to Campbeltown on the Kintyre peninsula.

There’s also the off-road South Loch Ness Trail, a great but challenging route that can be tackled on foot, by bike or on horseback. Some sections of the Trail of the Seven Lochs are also suitable for mountain bikes.

But my ride, for which I managed to take advantage of the lighter evenings to fit in after a day at work, explores just some of the many quiet roads that the map shows in this sparsely populated area. It starts by following route 78 from the Highland capital out towards Dores.

At the Holm roundabout – the one with the green Nessie planter on it – go left up the shared-use path then cross over before the next roundabout to follow Essich Road to the right.

Just before a small new housing development, take a right turn towards Torbreck and follow this to a T-junction where you go left onto a cycle path alongside the Dores road.

At Scaniport I followed the cycle signs onto the back road as the evening sun shone beautifully over the hills.

When this road eventually reaches the T-junction, ignore the cycle route and instead go left to climb up the MacBain hill, a twisting, turning route that is good practice for anybody preparing to tackle the Glendoe climb up to the Suidhe at the Etape.

As the sun was slowly descending over the hills on the opposite side of the glen, I chased it upwards, reckoning the extra height gained might just give me a little more time in the daylight.

The climb itself is through beautiful woodland, dripping with lichen in the clear Highland air, and offers a few glimpses of Loch Ness below before it finishes not long after a couple of hairpin bends which lead you to a crossroads.

I headed right, into the wind, admiring the scenery caught in this dramatic light. At a junction above Dores, keep left to cross the first of many cattle-grids on this route, then after a farmhouse on a small rise, go left following a sign to the RSPB Loch Ruthven nature reserve.

This next stretch is truly inspiring, dropping to cross the very edge of Loch Duntelchaig before climbing on a narrow, winding road then passing crags and crofts. A little escarpment is tackled by a short series of S-bends and soon Loch Ruthven and its crannog are visible down to your right.

The wind was whipping the surface of the water but thankfully it would be behind me for much of the rest of the ride now.

At the far end of the loch is the RSPB reserve and hide. There’s no visitor centre here but it is the main hub for breeding Slavonian grebes in the UK, and I have even seen ospreys fishing here in the past.

The road continues another mile or so to reach the B851, where I headed left to be blown along for a mile or two before taking the left turn signed for Dunlichity.

This is another fine little road, which passes Brin Mains then clambers its way through small crags and fields to the historic church at Dunlichity – where Jacobite soldiers are reputed to have sharpened their swords on the walls before the Battle of Culloden in 1746.

The light was fading now, giving the setting a slightly eerie edge, so with my bright lights on I continued, going right then left towards Bunachton, which involves the last significant climb of the route.
With that out of the way, it was a pleasant ride across the moor to Essich.

The view down over Inverness from here has been somewhat spoilt in recent years by the development of a huge sub-station with no screening to speak of, but I could see the lights of the city and the Kessock Bridge beyond which meant I was nearly home.

After the sub-station the road drops steeply to a T-junction. Turn right here and be careful on the fast descent for cars and lorries coming the other way – you need to be able to stop if necessary!

The road drops you out beside the Torbreck junction, from where you can follow the outward route back to the city.